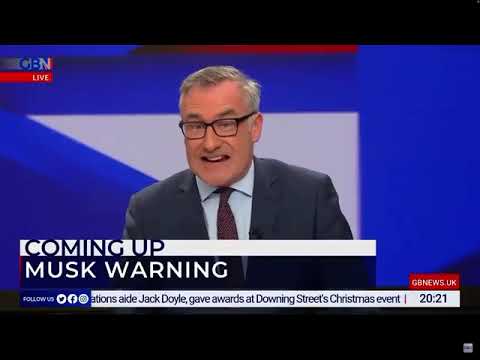 Colin Brazier of GB News goes in depth on the case of Billy Hood who has had a 25 year prison sentence reduced to 10 years on appeal in Abu Dhabi. Brazier talks to Billy's mother Breda and uncle David on their nightmare and hope for Boris Johnson to finally get involved. Brazier discusses the parliamentary debate on whether the FCDO's service to foreigners needs to be improved. Felicity Buchan, MP raised the cases of Billy Hood and Albert Douglas on the floor. Albert is a
48 views0 comments

New life. MB gave up well paid work as a PA for Hollywood’s biggest stars, for travel and a rewarding life teaching in Thailand and India An American woman faces possible jail time in the UAE for violating the country’s Cybercrime laws by using harsh language against a man who had been cyberbullying her and circulating compromising pictures of her online for years. US citizen MB had given up an exciting career as a personal assistant in Beverly Hills; working for such celebr
488 views0 comments

Widely criticised “cybercrime” laws in Dubai mean that a London single mum has been arrested together with her 14 year old daughter at Dubai airport. She now faces up to two years in jail and a fine of £50,000 for two facebook posts she made in 2016 about her ex husband’s new wife. She made the two posts while living in the UK Londoner Laleh Shahravesh, 55, was married to Portuguese husband Pedro for 18 years. They had lived in Dubai for 8 months where he worked for HSBC. She
22 views0 comments

When Artur Ligęska went to the Federal Court in Abu Dhabi on January 28th ,2019, after 9 months in detention, he felt hopeful. He had been accused of possessing and consuming methamphetamines, something he had never done in his life. Drug tests showed no trace of the substance in his system, and no drugs were found in his possession. At his last court appearance, his defence attorney had argued that there was absolutely no proof for the charges against Artur, and the police r
1,553 views0 comments

Bare, windowless rooms with a heavy iron-barred door; men packed side-by-side on the floor sometimes with not even enough room to turn over. Other rooms are so over-crowded that detainees sleep in a seated position. Such are the conditions in the Sharjah detention facility where people like British national Ali Issa Ahmed are held during investigations, and prior to sentencing, explains Detained in Dubai CEO Radha Stirling. Ali, a chocolate factory worker from Wolverhampton,
193 views0 comments

Statement of Radha Stirling, CEO of Detained in Dubai Anyone familiar with Princess Latifa’s story who listened to the BBC Radio interview today with Mary Robinson will be astonished at the extent to which Ms Robinson appeared to be reciting almost verbatim from Dubai’s script. What we heard today was Mary Robinson essentially reciting for BBC Radio listeners the content of the statement issued by the Dubai Ruler’s Court. She had nothing to say about the charges Latifa made a
335 views0 comments

A Dubai court sentenced Briton Asa Hutchinson in absentia for being a witness to an alleged assault. Her testimony was dismissed, and she unable to defend herself in court. The UAE frequently commits such violations of basic due process. Asa's case was highlighted to press and UK government earlier this year with support from Detained in Dubai and Priti Patel, MP: Priti Patel, MP responds to requests for support from 21 yr old Asa Hutchinson, trapped in Dubai. British nationa
36 views0 comments

Following widespread confusion regarding the alcohol laws in the UAE, the UK government has advised citizens that it is wholly illegal for tourists to drink alcohol in the country or even onboard flights destined to or through Dubai. Detained in Dubai will be contacting relevant airlines to discuss their policies. Ellie Holman was recently charged with invading the privacy of an official at Dubai International Airport and consuming a glass of wine provided to her by Emirates
19 views0 comments

47 year old Johnson George, married with two children, has been locked up in the heavily promoted investment hub of Ras al Khaimah. Detained in Dubai has warned foreigners of the history of legal abuse in the emirate and how a wrongful accusation with an ulterior motive, is sufficient to have investors and workers jailed and their assets seized. Indian national Johnson George has been in detention in Ras Al Khaimah since the beginning of the year, apparently because the gover
35 views0 comments

Mother of 3, Swedish national and Kent resident Dr Ellie Holman was arrested on the 13th of July 2018 for having a single glass of wine on her Emirates Airline flight to Dubai. An immigration official questioned her about her entry visa, and asked her if she had consumed any alcohol. Ellie told the truth that she was offered one glass on the plane. She was charged with offending the immigration officer and consuming a glass of wine. Both of them were initially denied food,
192 views0 comments

Last Sunday Australia’s most-watched and award winning television news program exposed the shocking story of Princess Latifa, daughter of Sheikh Mohammed bin Rashid Al Maktoum, the prime minister of the UAE and ruler of Dubai. Though it has been nearly 5 months since her dramatic escape from the Emirates and her subsequent tragic capture at the hands of UAE special forces and the Indian Coast Guard; the 60 Minutes broadcast brought Latifa’s story to for the first time to a ma
589 views0 comments
Radha Stirling

- Charles Paul Goldstein forced to stay in Dubai for almost a year - Denied urgently needed medical care & faced homelessness - Out of desperation he escaped the country and fled to the UK - Is now instructing lawyers to seek justice against UAE government Charles Paul Goldstein was on vacation in Dubai where he rented a luxury car. The car company later made accusations that he had damaged the car to the tune of £100,000 and expected him to reimburse it. Charles explains
411 views0 comments
bottom of page