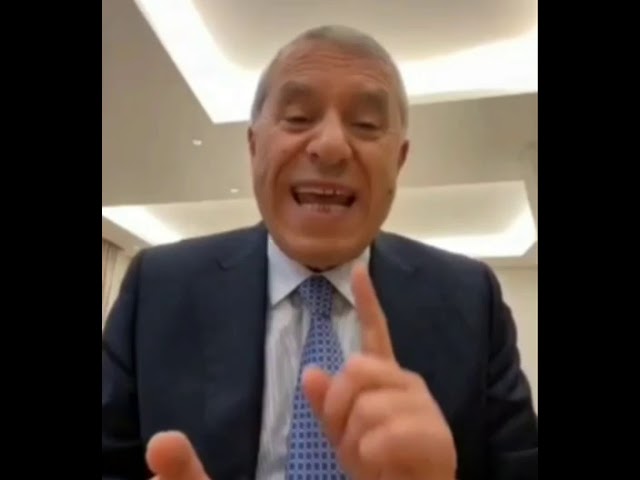 Deputy Judge Andrew Lenon QC has now handed down his judgment in the case of Ras Al Khaimah Investment Authority (RAKIA) v Farhad Azima. The ruling is highly relevant to Karam Al Sadeq’s recent torture claims against international law firm Dechert and lawyer Mr Neil Gerrard who represent RAKIA. Ras Al Khaimah has a well-documented track record of human rights abuses and the Judge noted in this judgment that: “The 2014 Amnesty International Report indicates that there were rea
281 views0 comments

The High Court of England is set to hear claims that British lawyers from Dechert broke human rights and UAE laws in their investigation, interrogation and incarceration of Karam Sadeq, in the UAE’s emirate of Ras Al Khaimah. Karam has now been imprisoned for six years, including a period of more than 500 days in solitary confinement. Named in the High Court of England claim are three Dechert lawyers, Neil Gerrard, Caroline Black and David Hughes (now a partner at Stewarts L
325 views0 comments

Lawyer Karam before his imprisonment Following our earlier news item about Karam al Sadeq filing a Claim in the London High Court against US law firm Dechert LLP and two partners in their London office, we are sorry to announce that Karam has since been denied access to legal representation and apparently placed in solitary confinement. Detained in Dubai CEO, Radha Stirling commented, “The actions by RAK authorities to punish Karam al Sadeq and prevent his communication with
384 views0 comments
Due Process International Limited

The London office of Dechert, a major international law firm allegedly crossed the line into criminal abuse and torture in their work for Ras Al Khaimah’s ruler, Sheikh Saud bin Saqr Al Qassimi; according to a lawsuit filed against the Firm in London today, naming two prominent London lawyers among the defendants. This claim was filed by Jordanian national Karam Sadeq. The suit claims that Dechert’s global co-head of white-collar crime, Neil Gerrard, acting on behalf of Deche
640 views0 comments

Dechert lawyers sued for human rights violations over treatment of prisoner in UAE The London office of Dechert, a major international law firm allegedly crossed the line into criminal abuse and torture in their work for Ras Al Khaimah’s ruler, Sheikh Saud bin Saqr Al Qassimi; according to a lawsuit filed against the Firm in London today, naming two prominent London lawyers among the defendants. This claim was filed in the High Court of Justice by Jordanian national Karam Sad
34 views0 comments

Qatar National Bank responsible for multiple arrests abroad “We have never seen gulf banks pursue customers as relentlessly and aggressively as the banks of Qatar. Over the past two years, banks such as Qatar National Bank (QNB) have fought to not only list debtors on Interpol’s databases as criminal fugitives, but have vigorously sought their arrest and extradition from Western countries. “We have received calls from customers relaying their horrific experiences and seeking
74 views0 comments

When Johnson George was denied bail again at a recent hearing, the 48 year-old lawyer broke down in the Ras Al Khaimah courtroom, tears streaming down his face as guards led him back to a holding cell. He has been in detention since January 2018 for a crime allegedly committed by his former employer over ten years ago. Back in 2002, Johnson joined the Ras Al Khaimah Free Trade Zone Authority as legal manager; he oversaw the drafting of contracts and agreements with their inve
66 views0 comments

47 year old Johnson George, married with two children, has been locked up in the heavily promoted investment hub of Ras al Khaimah. Detained in Dubai has warned foreigners of the history of legal abuse in the emirate and how a wrongful accusation with an ulterior motive, is sufficient to have investors and workers jailed and their assets seized. Indian national Johnson George has been in detention in Ras Al Khaimah since the beginning of the year, apparently because the gover
31 views0 comments

Malaysian national Richard Lau released from nearly a year's detention without charge following media campaign and intervention by Malaysian Government. Detained in Dubai is happy to announce the release of their client Richard Lau after nearly a year in detention without charge. Worldwide press attention and a media campaign led by Detained in Dubai and Richard’s family, drew the attention of Wisma Putra (the Malaysian Ministry of Foreign Affairs) to the plight of Malaysian
103 views0 comments

Lau hopes for freedom before Chinese New year after 10 months UAE detention, thanks to Malaysian For

Malaysian Foreign Minister discusses Richard Lau case; set to visit citizen detained without charge in UAE for 10 months. Renewed hope for his return home in time for Chinese New Year celebrations. In a statement, Dato' Sri Anifah Aman of the Ministry of Foreign Affairs, Malaysia, has announced he has been in discussion with UAE ministers and Sultan Sayeed Badi, Minister of Justice in the UAE, regarding the ongoing detention without charge of Malaysian national, Richard Lau.
44 views0 comments

Richard Lau release from 10 months of detention without charge imminent

Richard Lau, Malaysian national detained without charge for almost a year is due for imminent release, following intervention from Malaysia's Minister of Foreign Affairs, the Ruler of Ras Al Khaimah and NGO Detained in Dubai. Yesterday, Malaysia’s Minister of Foreign Affairs, Anifah Aman, held a meeting with the Ruler of Ras Al Khaimah, Sheikh Saud Bin Saqr Al Qasim, and other government authorities to request that Mr. Richard Lau be released on bail, subject to local law, wh
154 views0 comments

Mr. Boulahdid who is represented by UK legal group Detained in Dubai, says that his nightmare began with what he thought was a joke. A customs official visited his warehouse and demanded Boulahdid make him a partner in the company. Then, while he was out of the country, Ras Al Khaimah customs officials shut down his warehouse and authorities demanded he pay 20% of his business income to them. No reasons were given for the closure, and no justification offered for why he shoul
648 views0 comments

Richard’s lengthy detention without charge has shocked Malaysian and Chinese nationals who had felt that the UAE was a safe place to work and invest in. Although Detained in Dubai has dealt with thousands of similar cases over the past decade, most cases are not published in the media. When they are, professionals and investors ask themselves if they would want to take the risk of becoming involved in a country whose judicial system is so volatile and open to abuse. Radha Sti
247 views0 comments

Man detained in Dubai for "making too much money."

A Malaysian national has been held in the UAE without charge for over half a year, for no other reason than being paid for his work. Richard Lau was arrested last April, along with several others, based on accusations from an Emirati businessman that Richard’s salary and commissions constitute embezzlement from his company. Although there is no evidence of wrongdoing, Richard’s detention continues to be extended every two weeks as the Public Prosecutor requests more time to i
1,768 views0 comments